[Update June 2017]: LucidVR finally has even more image quality with 4K30 default format, but 60fps has been dropped

After a successful Indiegogo campaign, one of the best quality 3D VR cameras is going to arrive to market. The 180 degrees video have true 2K resolution (far better than 360 videos with 4k resolution), and for added realism it can capture 60fps, that will bring more realistic and smooth movement than any other 3D camera. 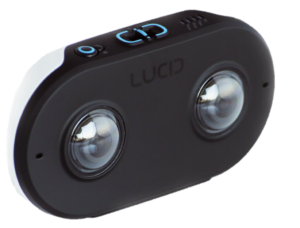 Advantages of 180 instead of 360 degrees is that you not need to plan the recording or left a camera on a tripod to avoid obstructing the recording. And most people looking RV video (with or without headset) are on a chair and don’t want to get up only to see what is in the back. And there’s need of much more resolution as 4K is not enough to fill the 360 degrees, as a result, images are blurry even on 4K.

Recorded video on LucidVR (also knowed as Lucidcam) can be played without headset on any phone like any 360 YouTube video, or on any VR headset and you will perceive depth and feel “to be there”.

Other features are HDMI output to a (3D or 2d) TV, 32 GB internal memory -expandable-, Wi-Fi connection to your smartphone -App for Android and iPhone with demo videos is already available-, dual mics for stereo sound and 4k 3D photos. 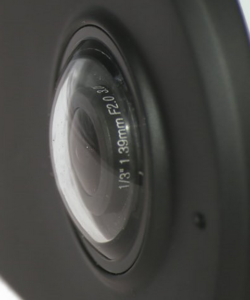 For a limited time you can pre-order on their official webpage for 399$ instead 599$. We pledged during Indiegogo campaign and we expect to receive LucidVR this March. Of course, we will publish a review.