Ultra-D. The first 3D revolution. Everything you need to know

On our blog we are down to earth, so we don’t want to speak about technologies that could never arrive to stores. We have spoken about Ultra-D a few times, but still you can’t go to the mall and buy an Ultra-D TV, but this is gonna change this year.

Ultra-D use advanced optics, powerful rendering algorithms to create a 140 degree field to bring all viewers on the room a crisp 3D experience, dynamic, adjustable, bright and glasses free without fixed spots.

The system is comprised of three basic parts—a module that converts any 2D or standard stereoscopic signal (say, from a 3D Blu-ray) into the Ultra-D format in real time, a digital signal processor (DSP) that accepts an Ultra-D signal and controls the LCD subpixels, and an optical sheet bonded to the LCD panel. (Ultra-D works on LCD, LED, OLED, plasma, etc. and on any size, PC, tablet, smartphone or large format TV, and on smaller 4K or FullHD TVs, 8K is not mandatory).

The optical sheet consists of several refractive and diffractive layers that, combined with how the LCD subpixels are manipulated by the DSP, project the light from those subpixels out into the space in front of the panel, creating what’s called a light field. This generates stereopsis, a sense of depth when viewed with two eyes. 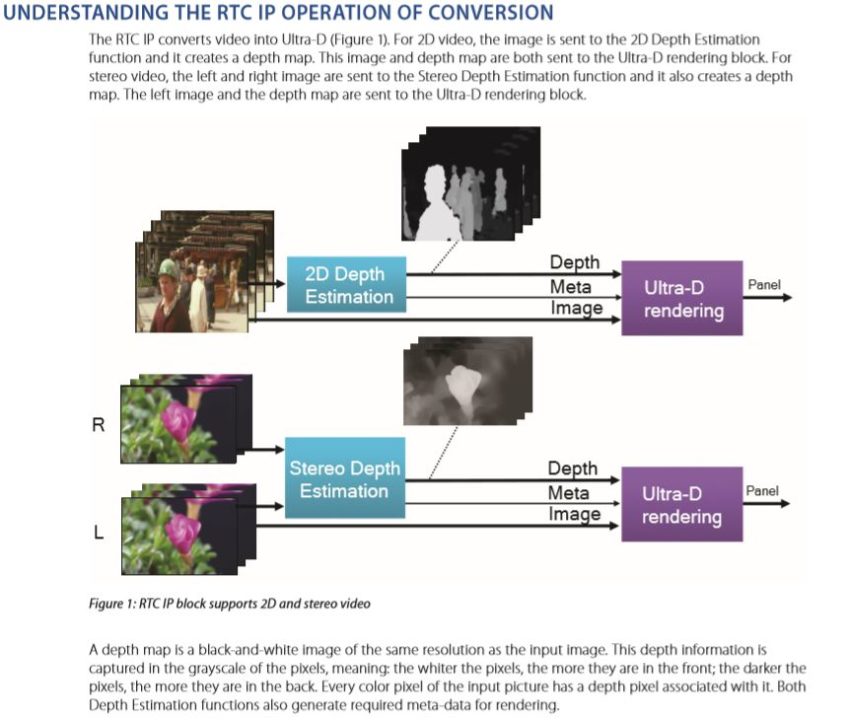 According to Stream TV’s white paper, “Virtual and partial subpixels merge in the space and form complete and separate views for each eye of the viewer. Then the viewer’s brain takes over, processing them in the same natural way as it is used to in the real world, creating a natural 3D experience. It is very different from 3D display technologies with glasses, which only project two discrete views of a scene. With Ultra-D technology, the viewing areas (light fields) are repeated in a horizontal way, and the transitions between these areas are smooth. So, a viewing area is not divided into discrete viewing zones (cones) as is done in most other technologies, but the optical system creates an almost continuous light field in front of the screen.”

Because Ultra-D creates a light field rather than two fixed views, it can also reproduce motion parallax, which is the effect you see when objects in your field of view move with respect to each other. This does not depend on stereopsis and can be used by those with partial or complete stereo blindness to experience a sense of depth. Apparently, Ultra-D detects objects that are partially occluding (blocking the sight of) other objects and extrapolates what you can’t see behind the object in front. When the objects move relative to each other, you perceive motion parallax.

Even people with 3D blindness can perceive depth when moving

In effect, Ultra-D combines a 2D image and a depth map, using the pixels on the screen for one or the other. For example, a 4K/UHD screen has 8 million pixels, half of which are used for the 2D image while the other half are used for the depth map. The end user can control the amount of depth, from none to extreme, but at any depth setting, the image will have no more apparent resolution than the pixels assigned to the 2D image.

Example of depth map video. As nearer objects are, brighter are in the depth map.

According to Mathu Rajan, CEO of Stream TV, “The human eye can’t tell the difference between 4K and 8K in flat 2D. Without using the third plane, you’re basically throwing away all those pixels. We use those extra pixels for pop and depth to create an immersive experience that brings real value to device makers and their customers.”

Without using the third plane, you’re basically throwing away all those pixels. We use those extra pixels for pop and depth to create an immersive experience that brings real value to device makers and their customers.

The effect was entirely natural with no visible crosstalk. As I moved around the room, I could see subtle wavy distortions, but not when I was sitting in any one location, even if I moved my head. It was very impressive!

The Ultra-D’s master mover for this year is an strategic alliance with BOE. BOE is one of the largest flat-panel OEMs (original-equipment manufacturers) that supplies raw panels to many TV companies. In fact, BOE ships 100 million panels per year, and recently opened a new factory to make 8K panels. They create energy efficient devices with high color fidelity, high resolution images and narrow vision angles. They improve screens for mobile, laptops, TV, PC and other devices.

Even better, BOE plans to build Stream TV glasses-free 3D technology into all of its 8K panels, so all brands who use BOE for it’s TVs will be Ultra-D. Cheaper and smaller 4K and FullHD TVs will be available, also.

Mathu Rajan said costs for using an Ultra-D panel instead regular ones are below 5%, so he hopes costs will be the same for an Ultra-D TV than an similar 2D TV, even cheap chinese brands. And after also laptops, smartphones, etc. On stores everyone will see depth, and now there’s more 3D content than ever (much more than first owners of 3D TVs). Rajan said this same year a major big brand (unespecified) will have first Ultra-D TVs on stores. PC monitors will be also available (there’s already one for developers). For 2019 Ultra-D will be globally available and maybe to smartphones and tablets (after the Red Hydrogen One expected this summer). 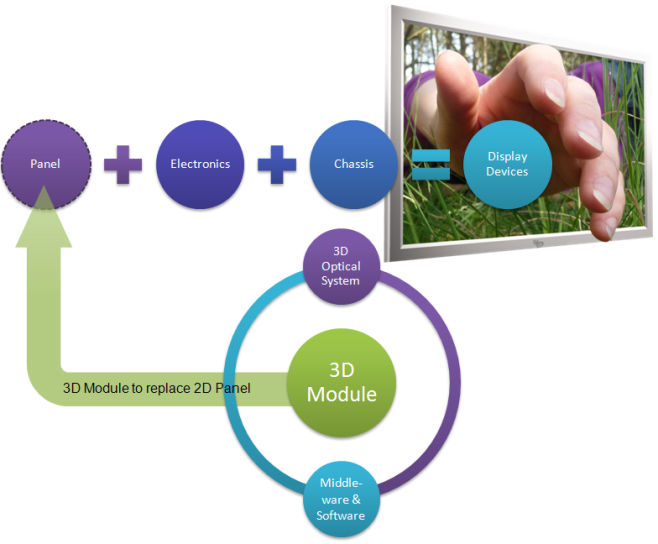 2016 strategy for videogames was to integrate Ultra-D on XBOX One, PlayStation 4 and the Wii U, and to have videogames from 6 of the 8 biggest brands. There was a demo of Republique videogame with Ultra-D developed with Unity, is said there were easy to add Ultra-D depth. Actually there are SDK for After Effects, Nuke, Unreal Engine, DirectX and OpenGL. As these content already have the needed 3D information is said it can take only one day to use Ultra-D format.

With existing 3D content generate the depth data is very easy. For 2D content the system can calculate depth data, but for more depth quality and artistic control SeeCubic offers specialized solutions. Extract depth information from videogames is easy, as graphic processors have a map internally of the scene that can be extracted on real time for Ultra-D. Same with CGI and software like Autodesk 3ds Max. Also there’s already content with depth map (as the dual camera smartphones or WeShare3D wich hosts 3D content for the newer 3D formats, not only depth map).

Content producers only need one conversion artist that only need to take some annotations on the 2D footage on some keyframes wich be used after to generate Ultra-D information, a cheaper and simpler method than the excellent 3D conversions than today movies (even better than native 3D footage), wich needed edit on every frame as StereoD does with every movie. Depth Map formats are increasing on use since a few years, even without using for depth or 3D screens. And barely adds size to the files. And can still be showed on 2D screens. So streaming services does not have to make big investments to adopt Ultra-D format. And for live broadcast there’s the software seeCube Pro to encode depth in real time (and add 3D CGI elements). 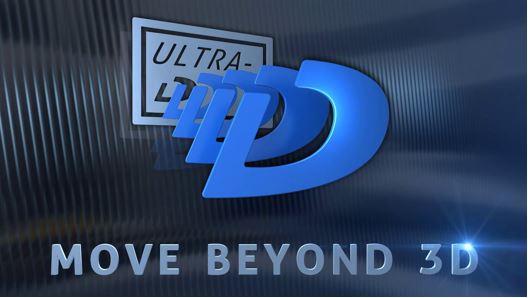 We don’t know the last but not less important thing. They shouldn’t advertise as a 3D glasses-free screen. Too much people don’t want to hear anything about 3D. Simply they don’t want to hear any arguments. Maybe will be branded as holographic, maybe 4D or maybe directly as Ultra-D. But we consider that is critical to forget the word 3D and advertise as something totally new if they want to have success and attract people attention (a lot people will not even want to make a look, and if it does it will complain that 3D is dead -for him, at least-). What we know is their master plan to Ultra-D revolutionize image market. Do you want to know more? Wait for the third part of the article in the coming months!