CES 2019. All the information about the upcoming Holographic 3D screens

This year we were very interested in what Stream TV Networks was going to show.

Ultra-D 4K screens offer a great experience without needing glasses, but now they have refined the experience with 6K screens, which they have called 8K lite, with 16 million pixels it is halfway between 4K and 8K. As an 8K screen is indistinguishable from a 4K (unless you are 30cm/12 inches from the screen as the journalist Richard Windsor explains in his summary of CES 2019), the extra definition allows to reach maximum definition perceived for our eyes also for Holographic 3D images. It’s like having a open window to another world that also allows you to see other angles of the holographic image, even for people who due to vision problems can not see 3D.

The holographic image can be obtained directly from 3D, thanks to depth maps. Modern day smartphones with dual cameras calculate depth for bokeh effect, achieving great results even with such small distance between lenses. The advantage of 3D content is a greater interpupillary distance (which is the distance between the centers of the pupils of the eyes) so it is even easier to calculate depth maps.. There’s no need to produce again everything in Holographic 3D format, all current 3D content can be enjoyed in Holographic 3D. From the beginning you can enjoy the new Holographic 3D format with any 3D content available in the market, These comprise all existing and upcoming 3D movies, millions of 3D images on the Internet and on Phereo community, and the thousands and increasing 3D YouTube videos. 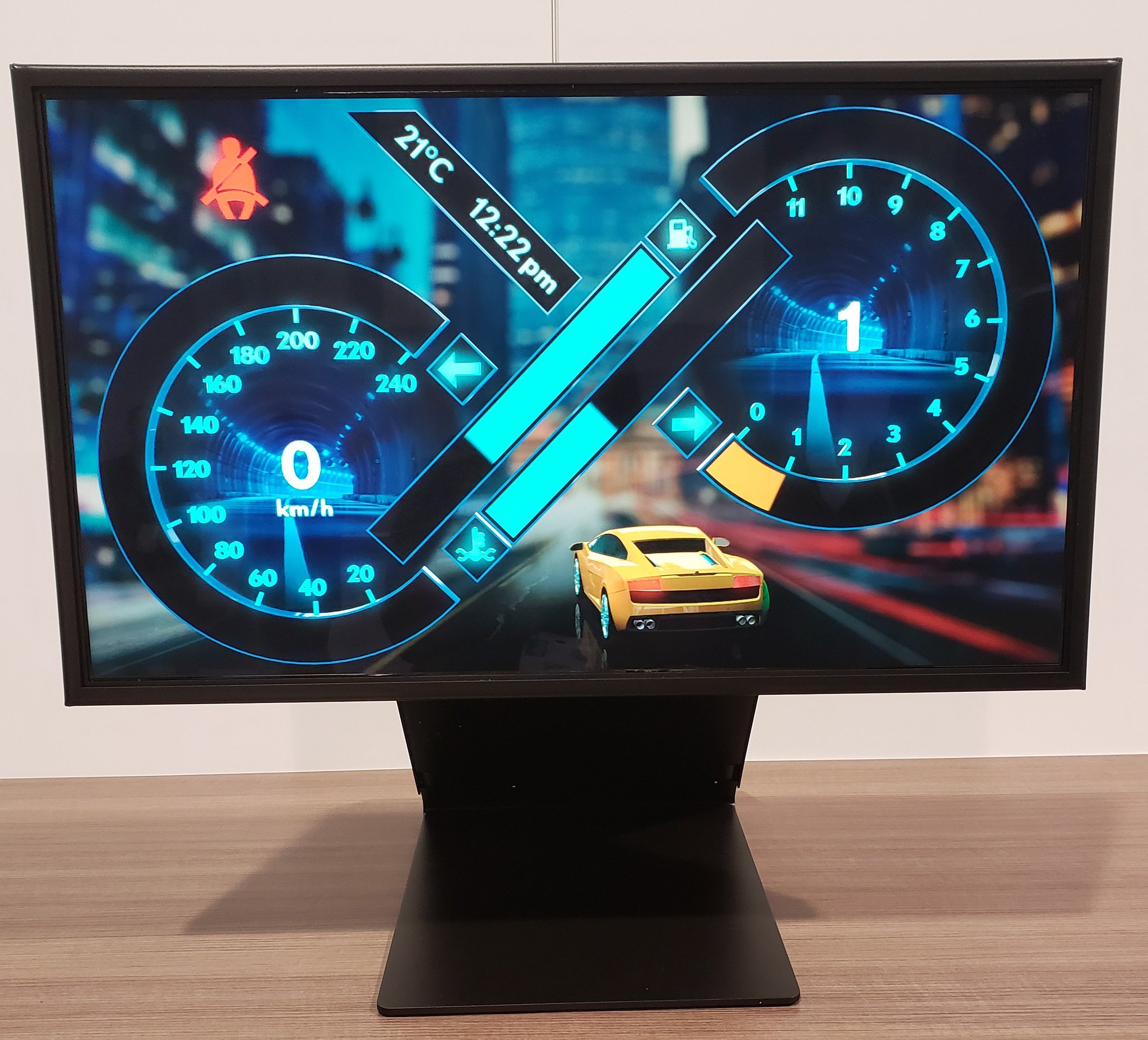 In November 2018, Stream TV Networks introduced a 8K Lite 65″ TV. This time a 27″ 8K Lite PC monitor was shown. Thanks to the extra push in resolution Holographic 3D images will look as sharp as in 2d. Let’s hope that almost any game can be played in 3D even if developers do not adapt their games, as is currently the case with NVIDIA 3D VISION.

They also showcased a functional tablet and prototypes of 5.9″ and 10″ screens. They spoke about Ultra-D in cinemas, so there will be no need to wear glasses to watch 3D movies in the cinema. And they were clear to assure depth maps can be streamed together with the regular image of streaming services -such as Vudu or Netflix-, the needed bandwith is even lower than streaming 3D content.

As you know Ultra-D will not directly sell the screens. Brands don’t usually manufacture their own panels, they order the panels from one of the 5 suppliers available in the world. Stream TV Networks has teamed up with BOE, the largest TV panel manufacturer in the world. They partnered to integrate Ultra-D technology into all the product lines. So we expect to see the first Ultra-D Holographic 3D TV this year.

The creators of Snap3D mobile case have introduced new tablet cases and a PC monitor with eye-tracking so you never lose 3D. Monitor use lenticular lens and support SBS, T&B and VR image formats, something nvidia 3d vision does not support.

There’s a Unity SDK to adapt games, but is better the nvidia aproach of trying to render any game in 3D, fortunately there’s a setting in 3D Fix Manager to output SBS signal. There’s 3 models, one of them 4K.

The creators of Viva3D have updated their software with many new features, including support for new auto stereoscopic monitors using depth maps (such as the Dimenco or Ultra-D). A text-to-speech module has been added that can be triggered for example by proximity of a user. To enhance this function, artificial intelligence is used to respond to the voice without the need for an internet connection. The software uses a highly optimized raytracing engine which allows you to use 4K scenes on a $100 tablet:

They presented an interactive Holographic 3D screen, they added cameras to improve the accuracy of the interaction. The current prototype is far from what it will be in the future. We’ll talk about it in an article called “The Third Revolution of 3D”.

This company claims to have developed holographic 3D screens that allow natural focusing, as if the mountains in the background were really tens of kilometers away, so they may be using light fields). Since it is something much more advanced than Ultra-D (and that will surely be part of the cinemas of the future) we don’t believe that we will see it soon in real products. From what they say on their website the technology can be used on TV, mobiles and computers. They even say that it can be adapted to current screens, but we have to see it to believe it.

Unfortunately, this is the “holographic” technology that has attracted the most attention. When the media talk about holography at CES they only talk about Hypervsn. The worst thing is when the media are impressed and say that hopefully it will be introduced into homes as if there were no Holographic 3D TVs at CES. Hypervsn consists of a series of fans with lights that produce 2d images by rotating. It can be interesting for shop windows in the streets, advertising stores. But we don’t see any future for it at home (a fan as a screen? Really?). The worst thing is that they are not real holograms because they are crushed in 2d, they only look like 3d when the image rotates, that’s why they always show them with rotating images.

It’s sad, but these “holograms” are just as false as seeing this logo rotating on the 2d screen of your computer or mobile:

It’s ironic that the whole industry uses depth maps and 3D models, and is designing all of this on 2d screens. They lost a lot of time having to see the models from 3 different angles and having to rotate constantly the models to help the brain decode the 3D information.

It’s also shocking the ignorance of the media calling holograms to watch virtual models from a 2d tablet having to hold and point the device in front of you. It’s pitiful and demonstrates the lack of knowledge of the supposedly technological media, which are becoming a kind of gossip columns about what’s trendy (and fashion) instead of talking about technology.

However, for 3D enthusiasts the future is hopeful, as we have many ways to continue using digital 3D and transition to Holographic 3D with Ultra-D and Leia screens (You can already buy the first mobile with Holographic 3D screen). Let’s hope we finally see Ultra-D this year. Leia will continue the legacy of Red Hydrogen One on other devices, with the improvements made thanks to the knoweledge of users of the smartphone are sharing.

2 thoughts on “CES 2019. All the information about the upcoming Holographic 3D screens”