One of the problems of actual small 3D glasses-free products (except for Nintendo NEW 3DS, but allows only one viewer at a time) is the need to be just in center of screen (and not too near, not too far) to see the 3D image. This will change when Ultra-D will arrive to market, but actually the only alternative is to buy multiview 3D screens. That’s the technology glasses-free 3D-TVs use, allow various spots and persons to appreciate 3D effect, but there are not mobile devices with 3D multiview. Specially 3D tablets are problematic with traditional glasses-free technology, because as bigger the screen is, more chances to get blurry image at sides of image. So without multiview glasses-free 3D works well only on small screens. 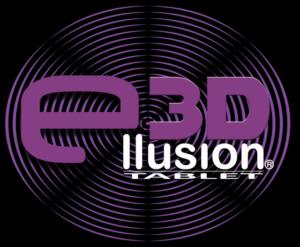 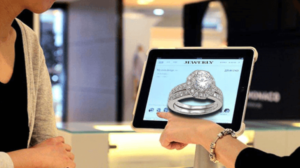 The ellusion™ tablet can convert any stereoscopic 3D video or movie to be play back and viewed in Glasses-Free 3D on their Android tablet. The new ellusion tablet also has Exceptional 3D Player pre-installed which will also allow users to playback any 3D side-by-side or top-bottom streaming videos formats on popular website’s such as YouTube, Vimeo, Dailymotion and 3doo 3D streaming service, and can work with any streaming Audio/Video content platforms. And support stereoscopic games too: Final Fantasy IX, Crossy Road, Jetpack Joyride, Angry Birds 2… This is good news, because a lot of 3D smartphones and tablets only can play downloaded 3D movies, nor even 3D YouTube, nor 3D photos, nor games. Ellusion tablet has 5 views or spots where you can appreciate 3D effect on a 140 degree area, alone or with other people. And has super-crisp 2K resolution (2560×1600).

Exceptional 3D develops an array of 3D products; from giant screens to software. And they have the only 4K 3D gaming display on the market, but, like the Ellusion tablet, is still not available to buy.