TwoEyes, the most versatile VR/3D/360 camera raised +190000$ on Kickstarter and Indiegogo

TwoEyes is a VR camera that allows recording on 360 degrees 2d, 180 degrees 3D and 360 degrees 3D. If you use it vertically it works like any other 360 degree camera on market. But if you rotate horizontally you can record videos stereoscopically, and you can capture at 180 or 360 degree, using only one side of camera or both, allowing to adapt recordings to your needs.

Kickstarter and Indiegogo campaigns ended with almost 5x money needed to begin production. And that’s a big achievement for a camera cheaper than other 360 degree cameras on market. Most backers only paid 199$, and you can pre-order for a still-cheap 249$.

The camera can produce video for a lot of screens: mobile devices, VR headsets and 3D-TV. And it can be easily shared on YouTube 360, Facebook 360 and Twitter 360. You can record traditional 3D video for 3D screens and 3D YouTube, allowing to play in 3D on a VR headset without tracking movement… Or you can record VR video that allow head movement. 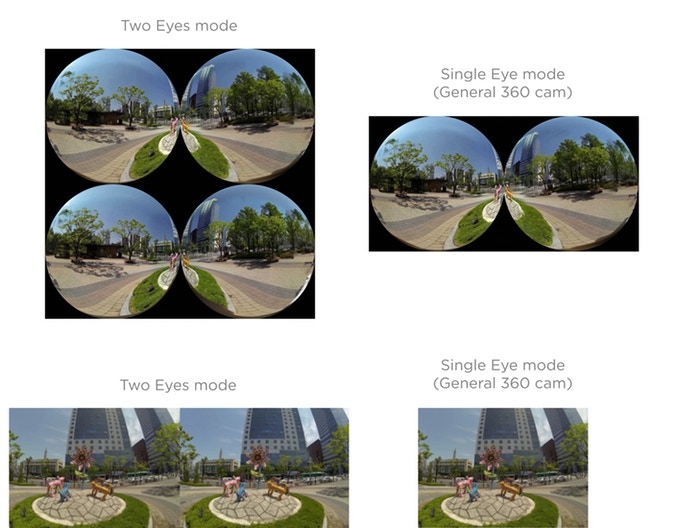 Added to that, separation of lenses is 65mm, like human eyes, resulting on more natural images. Every lens has f/2.0 aperture. Two microphones record 2.1 sound. The resolution of every sensor is 3840×3840@30fps. And that huge files are recorded on the 128GB of internal memory. TwoEyes use Wi-Fi and Bluetooth connection.

The estimated delivery for first units is August 2017.