Do you have a 3DTV? And Smartphone? You have infinite 3D contents!

If you can’t download any App from the article visit our custom store of 3D Apps for free for Android:

Do you still believe that 3D is limited only to blockbuster movies? We will demonstrate that movies is only a small percentage of what you can see in 3D. Take advantages of your tv with photo communities, live concerts, documentaries, 3d maps, videogames and other software and even your own 3D photos made with any camera device. The available content is unlimited.

First step, connect your device to your 3DTV

Make your own 3D photos with your mobile device, even if is not 3D, and enjoy it on your TV

Making your own 3D photos is as easy as taking 2 consecutive photos, as we explain on: Make 3D photos with any camera. After you have to join them with 3DSteroid, check our Mobile Apps section, if needed align vertically to put both photos to same height, you will achieve wonderful results if 3D is correct (Near objects: do a little separation between shots. All subjects are far: leave more distance between shots). The good thing is you can check and practice which distances achieve a comfortable and enjoyable 3D, so you will improve over time.

People are doing 3D photos for over a century using the manual method explained before,  as it is more flexible than a 3D camera, others build their own 3D camera with 2 identical cameras, there are unveliable works out there. It can be considered distinct from photography art. There’s even hand painted paintings. You can contemplate this works with Phereo.

Go to settings, adjust to Paralel on 3D setting, after that you can browse photos and when you find one you want touch one time to hide interface (hide Android Navigation bar if needed); You also have App for Samsung SmartTV or you can accesing from your TV web browser -in this case you have to try which format is correct: Interlaced, 3DTV or Paralel-.

Looking others work you can improve your skills.

Every month tons of new 3D content are uploaded to YouTube. You have to look for SBS (side-by-side) content, try looking for something and adding SBS to the search. In example: IMAX SBS, GTA V SBS gameplay…

Be careful! Unfortunately there’s a lot of fake 3D videos on YouTube, mostly movie trailers and videogames, there’s some people using automatic conversion software which results in a creepy and uncomfortable image. Remember: if you don’t feel perfect and CLEARLY 3D  is not real 3D, do a favour to your eyes and stop looking at it, put a negative rating to the video and comment the video and write “fake 3d” so you warn next visitors to not trying to see this fake 3D.

We have created two 3D channels only with real 3D videos: One for Movie trailers and another for videogames.

You also have VR on Youtube, but there’s a big chance your TV will try to expand the image. Don’t give a bad rating to this videos, people using VR headsets can enjoy them. There’s also people trying to look 3D content on Cardboard and marking with bad rating some perfect 3D videos, this is because Cardboard magnifies too much some 3D scenes. It will be always better to look 3D content on 3D display and VR content on VR headset.

As said previously, put playing video at full screen and hide controls before activating 3D on your TV.

All we have said with YouTube works with other video communities like Vimeo or Dailymotion, and there’s less chance to find fake 3d.

Do you have 3D content downloaded from internet? Use Tridef 3D Gallery to see them. Free version allow to see only the last files added (enough for most people). If you want to support programmer you can unlock all limitations for 7 dollars. This App also allows to play VR and square content without to expanding or distorting image.

The bigger Netflix style 3D App is 3Doo (you can install it directly on your SmartTV). Soon will be a big new player: LaTV 3D, born as live tv channel (some of their programs were on 3doo and had an impressive production level, the best 3D ever seen) will reborn as 3D VOD. We will announce when it arrives.

Do you own a rooted Android device? You have a stereoscopic 3D videogame console

Only install Tridef 3D games and you will stream 3D software to your TV. If included games on free version convice you can unlock full version. You can enjoy games like Real Racing 3, FIFA or GTA in stereoscopic 3D… You can even use 3D maps with Google Earth! 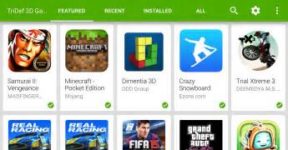 We remind you that we have more original content on our Telegram channel, open it at full screen and activate 3D on your TV. If people want we can create a group in the future for our users, so you could ask questions and share your 3D photos and recordings with other users.