New evidence that virtual reality is going to become a niche for certain situations, rather than as something generalized as we were led to believe.
In Google have realized that people have found it difficult to upload content in 360 degrees, the difficulty of preparing scene for placement of the camera (or preparing the stage so that unwanted elements do not appear in the recording), it is added to that users who see such content do not always want to be standing to see them, users will not stand for hours to watch 360 content and spinning around – and that without taking into account the risk of colliding or stumbling. Immersive recordings must also control the camera’s motion very much and limit it to the minimum possible, as it will inevitably cause dizziness. That’s exactly what the creators of the 3D RV camera we introduced to you a few days ago noticed, so they created a hybrid camera between 3D and RV that avoided such inconveniences.

With all this in mind, Google has thought of the most convenient specification VR180 (by 180 degrees of frontal vision). A 3D format that is still immersive in which the frame is always in front of the camera, as it has always been. In which any user can take his or her camera and start recording immediately without worrying about not covering part of the recording with his or her body or finding places to place the camera, a camera in which video producers do not have to hide behind a tree. Cameras in which anyone can start recording with the same carefree feeling as if he were taking his mobile phone to record. The recordings can be seen sitting in 2D by moving the mobile phone or with VR helmet, all without twisting in the chair to guess if anything interesting comes out behind.
All this only confirms that 3D is a great medium with balanced immersion and convenience, and above all that a promising future awaits his successor: the multiscopic screens. With which we can see these videos of Virtual Reality of 180 degrees without having to put on helmets, or glasses, without losing depth, and what is more, being able to see different angles of the scene if we move, as if it were a hologram. These contents will have much more future in these screens than having to be putting on VR helmets. In these 3D screens you can watch VR, 3D and “Holographic” (multiscopic) content as natural as it is to watch 2d images on your TV right now. 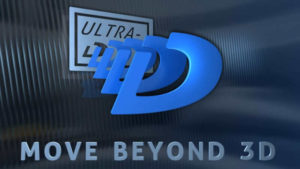 With all this in mind Google has partnered with manufacturers like LG or Lenovo to offer this type of cameras at the end of the year, giving the reason for all the VR180 cameras that have come out before and which we have already introduced here: Lucidcam, TwoEyes, SID….
Source: Google VR